The Spanish Association of Video Games (AEVI) has launched ‘The Good Gamer‘, a global multimedia content project that highlights the values ​​of video games and the social responsibility measures driven by the industry. The initiative consists of a web, connected to a Twitter and Facebook profile and a Newsletter, whose goal is promoting responsible consumption of video games aimed at young people, parents, educators, doctors, the entire gamer community and to society as a whole. ‘The Good Gamer’ also includes a periodic podcast as well as content and recommendations that will be published on the website for all people interested in video games, in particular those parents who may be worried about excessive consumption of screens by children. Users will find tips for use and entertaining educational content that will help to detect and prevent potential risk situations, as well as to analyse the multiple possibilities of the videogame beyond its entertainment purposes. The project was officially presented on Saturday, the 8th of December in Bilbao, as part of the Fun & Serious Festival that celebrated its eighth edition at the Bilbao Exhibition Center. Over the next few months, AEVI is going to present the initiative to political representatives of all administrations, the media, as well as to the medical and educational community. The project, pioneer in Europe, has the support of the main publishers, developers, distributors, retailers and e-sports companies in Spain.

Within the framework of the initiative, a Decalogue of good practices for the responsible use of video games has been developed, which establishes basic measures to be taken into account by parents and educators to help them in its use. The compendium gathers information about essential measures to establish a safe environment among the minor gamers.

The launching of ‘The Good Gamer’ follows the recent inclusion of the addiction to gaming in the International Classification of Diseases (ICD-11), published by the World Health Organization (WHO), and the Spanish National Strategy on Addictions, promoted by the Ministry of Health. These decisions have caused some concern among the community of gamers, made up of more than 15 million people in Spain. The industry has criticised the lack of evidence through both processes and has pointed out that there is no consensus among the academic, scientific and medical community to consider gaming as an addictive behaviour. AEVI has repeatedly claim that this issue should be approached with extreme care, to avoid any negative portrayal of the large gaming community of gamers around Spain and the rest of the world.

Video games are already the first option of audiovisual and cultural leisure in Spain. There are specifically 15.8 million people (56% of men and 44% of women) users of video games in Spain, forming a truly transversal sector: youth and elderly, men and women, students and workers with a penetration in people of every kind of backgrounds and social classes. Currently, half of the Spanish population in the age range of 6 to 64 years play video games devoting an average of 6.6 hours per week to the activity.

José María Moreno, CEO of AEVI, stresses the industry’s commitment to social responsibility: «Through ‘The Good Gamer’, AEVI wants to lead responsible consumer initiatives with video games, providing transparent information and highlighting the contribution of the sector to society. Video games contribute decisively to technological development, fosters creativity, generate thousands of quality jobs and it is an elementary instrument in the new stage of health, cultural and educational revolution». 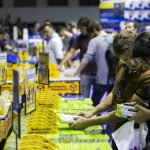 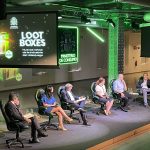